The Art of Thinking Clearly 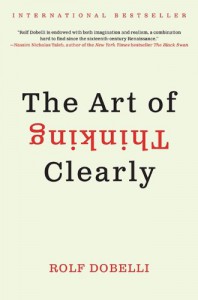 A compilation of brief summaries of 99 commonly known psychological fallacies in logical thinking. Each chapter is 2-4 pages long and covers one such fallacy. Enough breadth, but no depth.

I think the epilogue is more "authentic" than any other part of the book. In the very last chapter, the author finally explains what thinking errors are, what irrationality is, and why we fall into these traps.

He gives three explanations of why we persistently make mistakes:

1) Evolutionary psychology convinces us that it pays to be wrong about the same things.

Thinking is a biological phenomenon. Evolution has shaped it just as it has the forms of animals or the colors of flowers.
[...]
In our hunter-gatherer past, activity paid off more often than reflection did. Lightening-fast reactions were vital, and long ruminations were ruinous. If your hunter-gatherer buddies suddenly bolted, it made sense to follow suit -- regardless of whether a saber-toothed tiger or a boar had startled them. If you failed to run away, and it turned out to be a tiger, the price of a first-degree error was death. On the other hand, if you had just fled from a board, this lesser mistake would have cost you only a few calories. It paid to be wrong about the same things. Whoever was wired differently exited the gene pool after the first or second incidence. We are the descendants of those homines sapientes who tend to flee when the crowd does. But in the modern world, this intuitive behavior is disadvantageous. Today's world rewards single-minded contemplation and independent action. Anyone who has fallen victim to stock market has witnessed that.

[Evolutionary psychology] explains the majority of flaws, though not all of them. [...] Some bugs in our thinking are hardwired and have nothing to do with the "mutation" of our environment.

Why is that? Evolution does not "optimize" us completely. As long as we advance beyond our competitors (i.e., beat the Neanderthals), we can get away with error-laced behavior.

2) Our brains focus on reproduction rather than the search for truth -- we are prone to being persuaded and convinced.

A second, parallel explanation of why our mistakes are so persistent took shape in the late 1990s: Our brains are designed to reproduce rather than search for the truth. In other words, we use our thoughts primarily to persuade. Whoever convinces others secures power and thus access to resources. Such assets represent a major advantage for mating and for rearing offspring. That truth is, at best, a secondary focus and is reflected in the book market: Novels sell much better than nonfiction titles, in spite of the latter's superior candor.

3) We often make decisions based on our emotions and intuitions rather than logic and reason.

Finally, a third explanation exists: Intuitive decisions, even if they lack logic, are better under certain circumstances. So-called heuristic research deals with this topic. For many decisions, we lack the necessary information, so we are forced to use mental shortcuts and rules of thumb (heuristics). [...] In short, we often decide intuitively and justify our choices later.

And the author's solution?

To make things simple, I have set myself the following rules: In situations where the possible consequences are large (i.e., important personal or business decisions), I try to be as reasonable and rational as possible when choosing. I take out my list of errors and check them off one by one, just like a pilot does. I've created a handy checklist decision tree, and I use it to examine important decisions with a fine-tooth comb. (Comment: I hope the author will be able to resist the deception of checklists and combat the feature-positive effect, as he outlines in Chapter 95) In situations where the consequences are small (i.e., regular or Diet Pepsi, sparking or flat water?) I forget about rational optimization and let my intuition take over. Thinking is tiring. Therefore, if the potential harm is small, don't rack your brains; such errors won't do last damage. You'll live better like this. Nature doesn't seem to mind if our decisions are perfect or not, as long as we can maneuver ourselves through life -- and as long as we are ready to be rational when it comes to the crunch.

Although the book is moderately interesting and entertaining, I couldn't help but ponder the point of publishing such books as this. A quick index of logical fallacies? More publicity for the author?

Perhaps the most valuable part of this book is the Note on Sources.

(neither liked nor disliked this book) 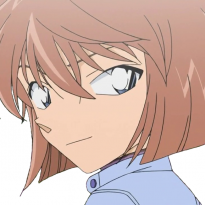